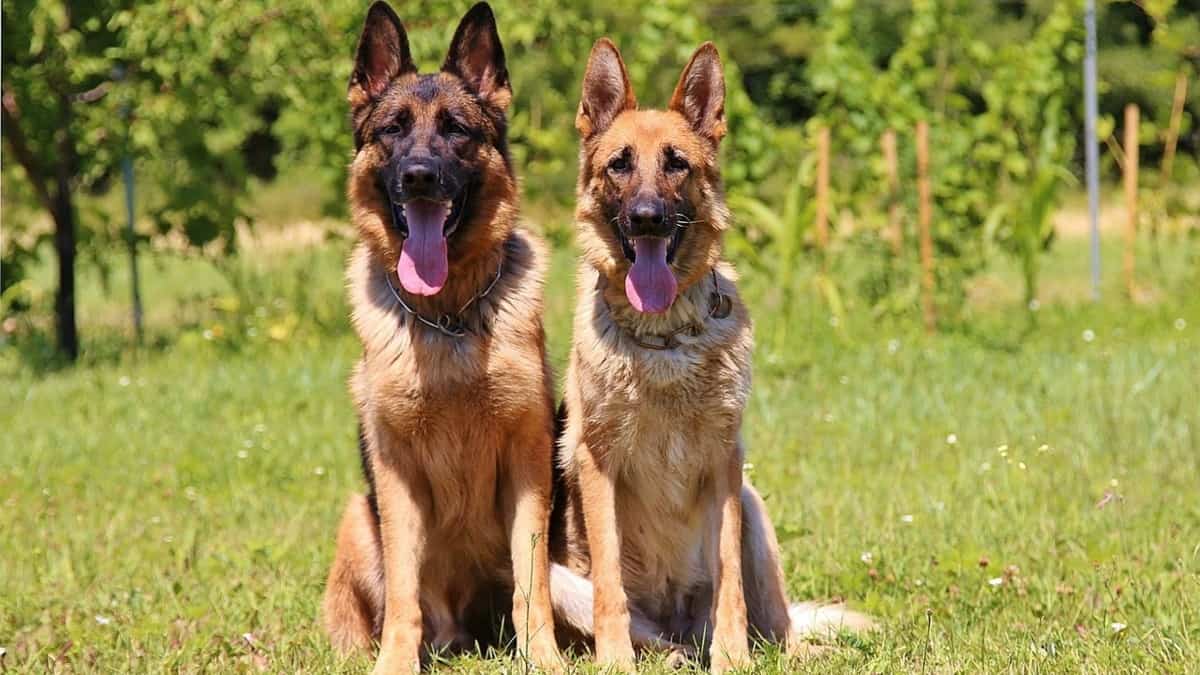 Deciding what dog is right for you can be a daunting but rewarding task. German Shepherds are beloved around the world for their intelligence, loyalty, and good nature. While choosing to adopt one of these loveable dogs is often a no-brainer, deciding between a male and female of this breed can be a bit more confusing for owners new to German Shepherds.

Exploring the differences and similarities between male and female German Shepherds will help you pick the ideal dog for your home.

Both male and female members of this breed have their own unique qualities, personalities, and health differences that you should know about before making your choice, but there’s no wrong decision when it comes to these amazing animals.

According to the American Kennel Club, the German Shepherd is the second most popular dog breed in the United States, while the Kennel Club lists it as the sixth most popular breed in the United Kingdom. Since the breed first started appearing in the late 1800s, German Shepherds have proved themselves to be both great working dogs and great companions for humans. Throughout the 20th and 21st century, German Shepherds have assisted humans in jobs as diverse as herding, police and military work, and assisting people with disabilities.

German Shepherds are among the most intelligent dogs around, and when you combine that intelligence with their intense loyalty and sensitivity it’s no wonder that this breed continues to enjoy such broad popularity as pets!

Like many other breeds of dog, male German Shepherds have a natural tendency to be somewhat more dominant, territorial, and occasionally aggressive than the females of the breed. With good training from an early age, however, responsible owners should have nothing to worry about. As with all dogs, a male German Shepherd who is treated with love and respect will not become aggressive towards his owner.

Female German Shepherds are, in general, naturally somewhat gentler and less territorial than their male counterparts. For this reason, females are less likely to seriously guard or become defensive over resources such as toys, blankets, and food than male German Shepherds. Despite females of this breed being less aggressive and territorial by nature, new owners should not assume that female German Shepherds require no training. Training a dog not only makes life together easier, but it also allows you to bond with and gain the respect of your dog.

The remarkable intelligence and loyalty of German Shepherds means that with proper training and socialization, both male and female members of the breed can be an excellent addition to any loving, caring, responsible household. You might consider a female if you have less time to dedicate to discipline and training, however you should not expect any animal to train itself.

While the size differences between males and females are not extreme, prospective owners should consider how well the dog might fit into their household given their size. You should also consider size differences alongside behavioral differences. For example, male German Shepherds may be less well suited than females to living in smaller spaces such as apartments due to their desire to have more territory to themselves. This can be overcome with proper training but is worth considering when making your decision.

You should consult with a veterinary professional regarding these health concerns, and decide together when the best time to neuter your German shepherd would be.

It is important that owners neither overfeed or underfeed their German Shepherd. You should also consider what type of dog food is appropriate for your Shepherd’s age and weight class. This information will typically be listed on the packaging of dog food, but if you have any special concerns or worries concerning your German Shepherd’s diet or eating patterns, you should not hesitate to ask a veterinary professional about it.

Do German Shepherds get along with other breeds?

Like most dogs, German Shepherds can live in harmony with other breeds of dogs if they are socialized either from an early age or with care. With male German Shepherds, the emphasis on careful socialization is particularly important, as they have a tendency to want to be the alpha when it comes to dealing with other dogs.

Are German Shepherds good dogs for families with children?

German Shepherds are very loyal, protective dogs once they become familiar with their family. Although children should always be supervised around dogs, German Shepherds present no special concerns. Families may prefer the smaller size of the female German Shepherd to the larger male, however.

Any dog left untrained can become dangerous. Male German Shepherds present no unique dangers when compared to other dogs, and make excellent additions to any home!